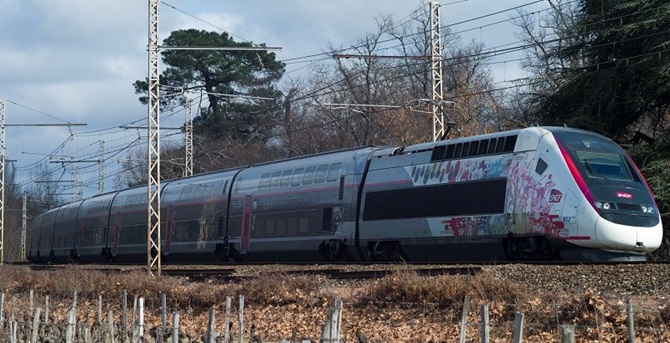 Euroduplex is the third generation of TGV (Train à Grande Vitesse), very high speed trains being manufactured by Alstom. It is claimed to be the only double deck very high speed train which can meet the operational requirements of various European rail networks without any major changes in infrastructure. Euroduplex are suitable to operate on the French, German, Swiss and Luxembourg rail networks. The first set of trains was put into service in December 2011 when the French national railways SNCF inaugurated its Rhine-Rhone LGV high-speed rail line. Source: www.railway-technology.com.